What my dad learned from polio… 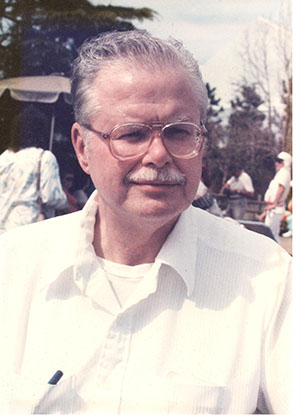 In 1955, my mom and dad had a two-year-old, a one-year-old and another baby (me) due any week – the picture of American bliss.

Dad was a young man, working to provide for his growing family when he began to feel weak with what he thought were flu symptoms. When his conditioned worsened, my mother called the doctor.

After examining my father, the doctor asked him to stand.

Dad tried to comply, but his legs simply wouldn’t move.

I never knew Dad without polio. Crutches, leg braces and wheelchairs were common items in our home. And throughout most of my childhood, I never stopped praying for my dad to walk.

However, not being able to walk wasn’t Dad’s greatest loss during that time. His fear of not maintaining his independence exasperated him far more. Nonetheless, in those very early years as a paraplegic, he eventually – and very reluctantly – learned a new way of thinking. Polio taught him that he needed other people. And in time, he learned that it was even okay to ask for help. In time, he discovered on a deeper level what it meant to be part of a community that cared. 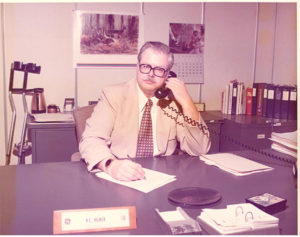 Do you currently have an illness or circumstance that you cannot overcome by yourself? Or perhaps, for you, it’s a sinful habit that is finally convincing you how much you need the support of people around you to make today different from yesterday.

It’s okay to ask for help. In fact, it could be vital for you to do so – even if it means rising above your pride. After all, isn’t that what we’re here for: to serve one another? One day in the future, God may use you to help someone else; but in the meanwhile, allow us to be there for you.

Indeed, we as a community – especially the church – thrive when we are helping one another. In fact, it gives God praise:

You can use a pseudonym (fake name) when commenting.

My name is Sheryl H. Boldt. I’ve been married to my loving husband Bert B. Boldt, II, since 2006. He and I each have four children and four grand­children. Besides writing for my blogs, I also work for Wave 94 in northern Florida and contribute to several newspapers and publications. From personal experience, I am a strong believer in the power of God to redeem me — and my life!

About Today Can Be Different